Patterns of Discrimination for Colon Cancer 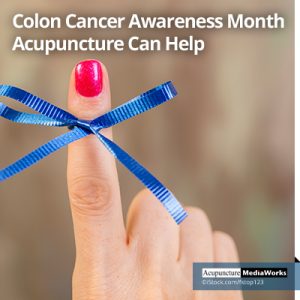 Colon cancer is the third most commonly diagnosed cancer in the United States. The American Cancer Society estimates 136,000 people will be diagnosed with colon cancer in 201
7 and nearly 50,000 of those will actually die from the disease. At least half of the people who develop colon cancer have some sort of existing risk factor. The other half may get colon cancer due to unfavorable diet, lifestyle or habits.

Regardless of the reason, Western medicine typically treats each case the same way. Surgery is the first line of defense, followed by chemotherapy and radiation therapy. All of these tactics can be quite risky and have a multitude of adverse side effects.

Traditional Chinese Medicine treats each person on an individual basis. This means despite the Western medical diagnosis, the patient will receive special individualized care. TCM also differentiates the various causes of colon cancer based on the underlying contributing factors that have created the disease.  There are at least four possible different patterns of discrimination for colon cancer in the Chinese medicine world. Each pattern is associated with a specific energetic meridian and organ system, as well as some sort of causative factor, such as damp heat.

The first possible pattern involves the large intestine pathway being invaded by damp heat. With this pattern, the patient may have diarrhea, mucus or blood in the stools; foul smelling stools, a burning anus, fever, sweating, heaviness of the limbs and thirst without a desire to drink. This can be caused by ingesting too many hot and greasy foods, accompanied by excessive worry and anxiety over a long period of time. The treatment would involve clearing the heat and draining the dampness. The patient would also need to make some lifestyle changes.

The next possible pattern involves the spleen energetic pathway. The spleen system does not like cold.  Thus, when the system is invaded by constant cooling, the yang or fire becomes depleted. The pattern is known as spleen yang deficiency. Symptoms of spleen yang deficiency include lack of appetite, abdominal distention after eating, fatigue, loose stools with undigested food, cold limbs, chilliness and edema. The treatment would involve warming and boosting the spleen yang.

The third possible pattern involves the kidney system. As with the spleen, when the kidney system is exposed to excessive cold conditions or the yin (water) is excessive, the yang of the kidney system can be depleted. The symptoms of kidney yang deficiency include chills, aversion to cold, cold limbs, apathy, lethargy, weak or cold knees and soreness in the lumbar region. The treatment would involve warming and boosting the kidney yang energy.

The last possible pattern also involves the kidney system, but this time it is the opposite of the aforementioned pattern. Kidney yin deficiency occurs when there is too much fire and not enough water, which creates excess heat. Symptoms of this pattern include hot palms, night sweats, constipation, thirst, sore knees and dark urine. The treatment would involve cooling and sedating the kidney yang, while boosting the kidney yin energy.
No matter what the pattern, acupuncture and TCM can help, provided the diagnosis takes place early. This is why acupuncture should be used in a preventive fashion.

Main Symptoms as They Relate to Colon Cancer Patterns

Abdominal pain, diarrhea, mucus and blood in the stool and heavy sensation in the body and limbs are all signs of Large Intestine Damp Heat.

Cold limbs, tiredness, pale complexion, weakness of the limbs and loss of appetite are all signs of Spleen Yang Deficiency.

Afternoon or evening sweats, dry mouth, achy lower back, tinnitus and aching bones are all signs of Kidney Yin Deficiency.

This article was posted in Acupuncture, Health, Pain and tagged colon cancer. Bookmark the permalink. Follow comments with the RSS feed for this post. Both comments and trackbacks are closed.
408-778-7959 Directions Contact/Schedule